21 Unremarkable Martyrs and Their Remarkable Gifts to the World

A writer goes in search of the young Coptic Christian men executed on film by ISIS. 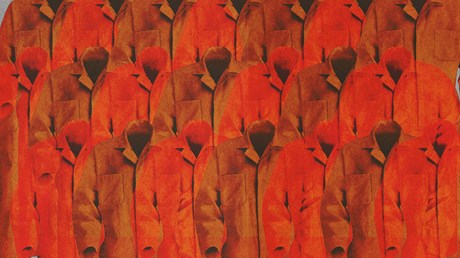 Martin Mosebach’s new book, The 21, tells the story of 21 Coptic Christians martyred by Muslim extremists on a Libyan beach in 2015. I finished reading it a day before the horrific terrorist attack by a white nationalist on two mosques in Christchurch, New Zealand.

The echoes between the martyrdoms in Libya and Christchurch are uncanny. In both cases, the perpetrators made a video recording of their violent acts in order to heighten fear and promote their demented vision of purity. In both cases, the victims died because of their faith—and, for many, because they were vulnerable as migrants who had gone to a foreign land to work or make a new life.

In the aftermath of such terror, we often debate the extent to which we should focus attention on the terrorists and their motives. We’re conscious of how excess publicity can spread their destructive ideas and encourage imitators. (The Christchurch terrorist claimed that certain murderous predecessors had precisely this effect on him.) Yet our understandable interest in the perpetrators and desire to counteract what has gone wrong should never drown out our concern the victims, because they deserve our grief. And one way to honor them is by learning their stories and seeking deeper understanding.

This is the approach Mosebach, a German novelist, takes in The 21. In the book’s introduction, he explains he “had no intention to learn anything more of the perpetrators. … It was enough for me to leave them in the darkness they themselves aspired to. … I was significantly more moved by, and motivated to know more about, the fate of the murdered men.”

Contemplating the victims’ humanity makes the tragedy feel heavier. But in a small …