A Wrinkle in Heaven

Home » News » A Wrinkle in Heaven

Can the spiritual dimensions of reality be probed by science? 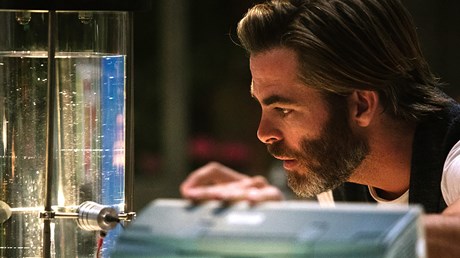 This past weekend, millions of moviegoers saw A Wrinkle in Time and joined a group of tessering travelers as they warped through higher dimensions in pursuit of the heroine’s missing father. The film is, of course, based on the classic Newbery Award–winning children’s novel written by Madeleine L’Engle, a committed Christian who drew heavily on her personal study of modern physics as inspiration for the book.

In a 1979 interview with Christianity Today, L’Engle spoke of the mystical nature of contemporary physics and how science “should help us enlarge our vision: never change it, never diminish it, but enlarge it.” This can be said most of all about the science of higher dimensions upon which A Wrinkle in Time is based.

Nearly 100 years ago, the first scientific evidence for higher dimensions emerged. Since that time, the science community has reached a broad consensus that the universe contains at least five dimensions and perhaps many more. For some, conceptualizing multiple dimensions bears resemblance to Christian thinking on a spiritual world. N. T. Wright has gone so far as to say that “Heaven is the extra dimension, the God-dimension, of all our present reality.”

But the higher dimensions described by science are not merely spiritual, they are physical. Therefore they can be explored and even measured through science. In fact, today physicists at the world’s largest particle accelerator, the Large Hadron Collider, are conducting experiments that would allow them to detect and measure properties of these higher dimensions. This begs the uncomfortable question, “Can heaven be detected by a particle accelerator?”