After an unflinching look at its racist past, SBC’s flagship seminary aims to honor a more diverse population on campus. 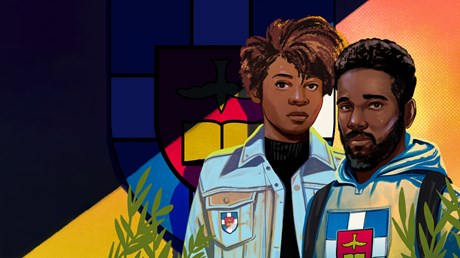 After overhearing a tour guide honoring the early leaders of Southern Baptist Theological Seminary buried in Louisville’s Cave Hill Cemetery, Latevia Priddy felt like she had to speak up.

“It’s like you’ve given a one-sided version of the history of Southern,” Priddy, a biblical counseling student, explained later to a staff member at her campus job. “These men did some very awful things and refused to recognize people who looked like me as actual people but viewed them as property—and we’re praising their names. That’s not a fair assessment of history.”

When Priddy was asked to share more about her concerns, it marked a significant moment in her experience as an African American at the flagship seminary of the Southern Baptist Convention (SBC), where she led a student group promoting racial reconciliation. “What’s fair and good and right is for us [Christians] to be truthful about what happened in the past,” she said.

Last December, Southern Seminary publicly owned the truth of its ugly racial history in a 70-page report chronicling the institution’s ties to slavery and claims of white superiority, including details down to how many slaves its founders owned and quotes from leaders’ theological defenses of inequality.

Though the SBC confessed and condemned the denomination’s early support of slavery in an official resolution in 1995, Southern’s reckoning “goes much further,” said Thomas Kidd, a Baptist historian at Baylor University. “It names names. It gets much more specific about who committed what sins and how.”