African and West Indian Christians Are Changing the UK Church

How God is working through the Windrush generation and beyond. 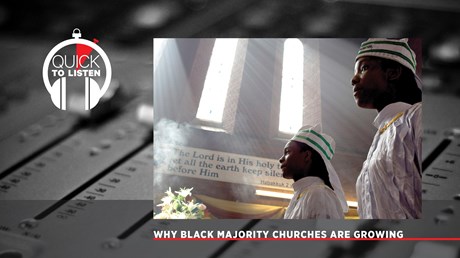 The number of churches continues to drop in the UK. As CT reported last month, there are only 39,000 congregations left in the country, a quarter drop from 20 years ago.

But despite churches increasingly closing their doors and the number of people attending church falling, this bad news isn’t across the board. For Black Majority Churches, the numbers actually look a lot healthier.

These congregations began in the wake of World War II, when immigrants began arriving in the UK from the Caribbean, sparking a generation that became known as the Windrush generation, named after the boat that the inaugural group took.

“They came over to help the UK,” said Chine McDonald, the media, content, and PR lead at Christian Aid.

McDonald’s family came over from Nigeria several decades later, though they didn’t always face a warm welcome from the local congregations.

“I remember when we would go to predominantly white churches. We would arrive on a Sunday and were told, ‘What made you choose this church as opposed to a black church that was down the road?’” said McDonald. “…These white majority churches weren’t used to see black people in their congregations, weren’t used to having black friends or black neighbors.”

Nigeria is actually responsible for one of the country’s most robust denominations, the Redeemed Christian Church of God, which has more than 800 churches in the UK.

As CT reported, the denomination is “led by a man with clear vision and effective strategy, Pastor Agu Irukwu:”

His 4,000-strong Church of All Nations in Brent, West London, adopted the mantra “a church within 10 minutes walking distance.” That comes straight out …