Alister McGrath: Michael Green Taught Me the Importance of Evangelism

A tribute to the theologian who taught a generation how to evangelize through the local church. 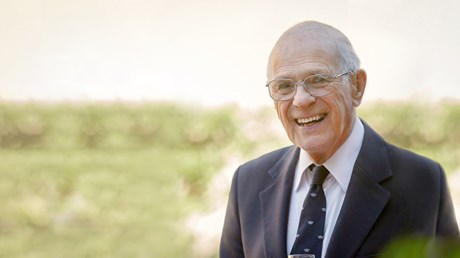 When John Stott and J. I. Packer needed speakers for a crucial 1960s gathering of evangelical leaders, they invited only one in his 30s: Michael Green. The British theologian, who died in Oxford on February 6 at the age of 88, went on to become one of the most gifted evangelists of his generation.

Green, an academically talented student, was converted to Christianity as a teenager. In quick succession, he earned first class honors in classics at Oxford and first class honors in theology at Cambridge. His sense of calling to minister in the Church of England reflected his lifelong passion for evangelism. While serving on the staff of the London College of Divinity, a theological college of the Church of England, Green published two works aimed at a student audience that established his growing reputation as an apologist and evangelist: Man Alive (1967) and Runaway World (1968).

These books were widely read and shared by Christian students and led to invitations to speak at major churches and student gatherings throughout the United Kingdom. I read them both myself while a student at Oxford in the early 1970s, and I recall vividly the impact of a sermon Green preached in Oxford on John 3 which helped me grasp the core themes of the gospel.