Hate is weak. Mercy is strong. 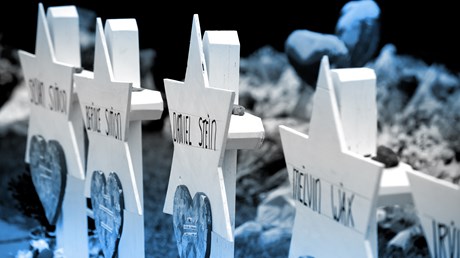 We at Christianity Today were grieved to hear about the mass shooting at a Jewish synagogue in Pittsburgh, claiming 11 lives. Sadly the local worshiping community has again become the place for the deranged to express their anger. It demonstrates how hate, which seems so strong, is often just cowardice, attacking the completely defenseless. So at such a time like this, let us not succumb to the fear of hate but remember how weak it really is.

It almost goes without saying that we will be praying that God’s miraculous mercy will be shown to the loved ones of the victims of this barbarous act. But we say it to make sure we do it. If hate looks strong but is ultimately weak, prayer is something that looks weak but is ultimately strong. So we pray as has the church in its liturgies for 2,000 years:

Such a quaint word in our day, but for Christians there is no better or stronger word to signal that an act is profoundly wrong. When the sinful act harms another human being, it brings into play not just the human dimension but also the divine.

“Against you, you only, have I sinned,” penned David the adulterer and murderer in Psalm 51. An odd thing to say when at least two human lives—Bathsheba and Uriah—were immediately wounded by David’s sin (as were many others years later). David’s psalm does not deny that dimension—for there are many, many psalms that lament harm done to …