Are We the Ultraviolet Light of the World? Or the X-Rays?

Home » News » Are We the Ultraviolet Light of the World? Or the X-Rays?

An astronomer ponders one of Jesus’ most memorable sayings. 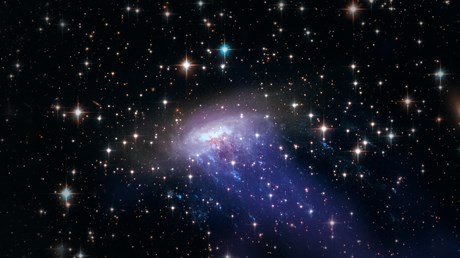 When Jesus defined himself as “the light of the world,” listeners probably associated those words with common objects well known to them: the hot sun of Judea, the stars twinkling in the sky, the moon shining during the night, torches they carried on the roads, small oil lamps used in their houses, or bonfires lit when camping on a long trip.

In our current age, we associate the light with many other things: the screen of a smartphone, a laptop we use for work, the traffic lights on the streets, fireworks on New Year’s Eve, a television, a laser pointer, car lights, or a child’s toy.

As an astronomer, the majority of my work is based on light. I study astronomical observations of celestial bodies, obtained through telescopes, in order to understand the physical processes behind them. From astronomy, I know there are many kinds of light, so I wondered how that can teach me more about the expression “the light of the world.”

To start with, what is light? Light is electromagnetic radiation that can manifest itself in different ways depending on the range of energy in which we observe it. For example, we have visible light, x-rays, radio waves, ultraviolet light, or microwaves, to name a few. The interesting thing is that, although they manifest themselves in different ways, all these types of light are part of the same physical phenomena. Another fascinating property of the light is that, although they have different energies, all electromagnetic radiation travels at the same speed: 300,000 km/s, a universal constant called the speed of light.