Are You More Loving Than God?

Home » News » Are You More Loving Than God?

Let’s be real. Many of us think we can do it better. 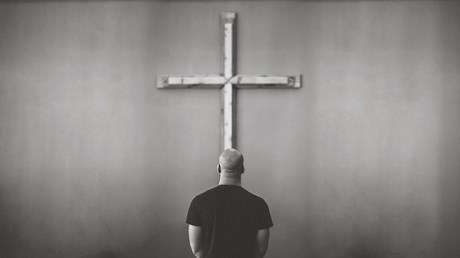 Most folks in the pew wouldn’t say so right out, but if we’re honest with ourselves, we often think we are more loving than God. For instance, when I think about those who’ve never heard the gospel or that great neighbor who just can’t bring himself to believe such a long list of difficult and offensive truths—people I think that I would save if I were God—I’d be lying if I said the thought had never crossed my mind.

Indeed, it did just the other day when I was stopped cold by one of the most arresting lines in the Book of Romans. Beginning at chapter 9, Paul is rounding the corner of his grand argument about salvation history into the question of how to make sense of the current unbelief of his Jewish brethren. Expressing great anguish on their behalf, he says, “For I could wish that I myself were cursed and cut off from Christ for the sake of my people” (Rom. 9:3).

Cursed. Damned to hell. This is what Paul wishes he could trade for the salvation of his beloved people, Israel. The thought hit me like a two-by-four. Martin Luther comments, “It seems incredible that a man would desire to be damned, in order that the damned might be saved.”

How can Paul, Mr. “to live is Christ and to die is gain” (Phil. 1:21), say he is willing to be “cut off from Christ” for them? This is a love and mercy I can scarcely fathom; it puts all conceits about my own compassion to shame.

I’d be tempted to call it hyperbole if Paul didn’t say that he is speaking the divine truth of Christ and that his “conscience confirms it through the Holy Spirit” (Rom. 9:1). Paul’s love for his people is a “hell and back again” kind …