Being Salt and Light in the Middle of a Twitter Mob

Social media can be a dark and divisive place. That doesn’t mean we should simply withdraw. 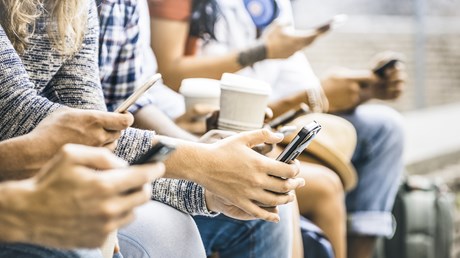 Reading Jaron Lanier’s Ten Arguments for Deleting Your Social Media Accounts Right Now wasn’t the first time I’ve been advised to delete my accounts. I’ve been told this many times before, less out of concern for my emotional safety and more out of frustration and anger. The most noteworthy time, I’d attempted to inject a little bit about the nature of human dignity into a Twitterverse that was, at the time, reveling in a video of someone sucker-punching a neo-Nazi.

Of course, what was meant as a humble (okay, maybe not-so-humble) reminder of human dignity was interpreted instead as a coy defense of bigotry. My actual argument was quite the opposite: Dignity is such a crucial, fundamental quality of the human person that totally reprehensible views—even dangerous views—do not justify a unilateral act of violence.

Soon enough, Twitter at-large saw my tweet plucked away from the tweets that instigated the argument in the first place, outside the context of my own Twitter account. It was retweeted by more than a few popular activists, with frustrated and insinuating commentary. At that point, the ball was rolling, and it could not be stopped.

An Attack on Our Souls

Lanier, a pioneer in virtual reality technology, confesses to grave doubts about the world he and other Silicon Valley dreamers have created: “We have given up our connection to context. Social media mashes up meaning. Whatever you say will be contextualized and given meaning by the way algorithms, crowds, and crowds of fake people who are actually algorithms mash it up with what other people say.”

In other words, my somewhat innocent, if careless attempt to inject balance into a loaded discussion was never going to …