Beth Moore Is Speaking Up

How the Southern Baptist Bible teacher is shaking up her denomination and American evangelicalism at large. 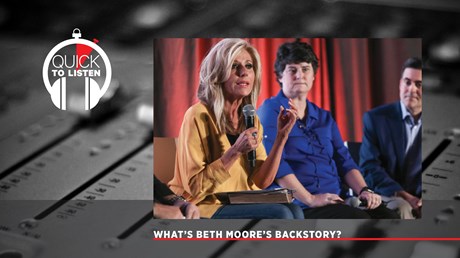 In August 2010, CT published a cover story on Beth Moore, “Why Women Want Moore: Homespun, savvy, and with a relentless focus on Jesus, Beth Moore has become the most popular Bible teacher in America.” Intensely popular among evangelical women when the story was published nearly a decade ago, Moore, a Southern Baptist, has increasingly drawn the attention of American Christians at large.

More recently, Moore has also begun speaking out on politics, sexual abuse, and the misogyny that she has experienced in the church. Her preferred platform has been Twitter, where she has nearly a million followers. Earlier this year, she tweeted that in 2016, for the first time, she was able to confront the abuses and misuses of power she had seen and experienced in the Southern Baptist denomination. Earlier this month she also provoked another controversy with some Southern Baptist leaders when discussing how she would be preaching at an upcoming church.

“I think a lot of evangelical women look to her for shaping their theological views, for understanding how to study the Bible, but then also just in general,” said Sarah Pulliam Bailey, a religion reporter for the Washington Post who wrote the Moore cover story. “She's funny and she's charismatic and quick. … She doesn't have just Southern Baptist fans; it stretches far beyond that. And if she were to somehow shift in her views, it would be a big deal. So I think she has a big voice [among Southern Baptists], but she's not just dependent on the Southern Baptist Convention.”