Black and Evangelical: Why I Keep the Label

Home » News » Black and Evangelical: Why I Keep the Label

A conversation with an incredulous friend gave me a chance to tell my story. 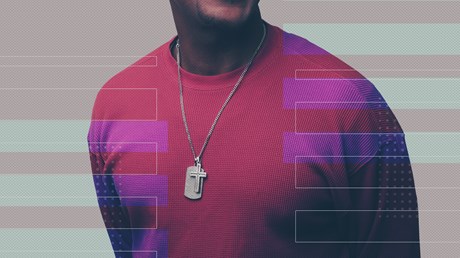 I am both black and evangelical.

Two years ago I was challenged on these dual allegiances because they have been deemed mutually exclusive. It was during the 2016 presidential campaign and I was online registering for the annual conference of the Evangelical Theological Society. A friend was nearby and, upon noticing what I was doing, exclaimed, “You’re an evangelical?!”

It was a challenging question. For some it would seem odd. My friend is seminary-trained, robustly academic, and his theology abides squarely within the pale of historic Christian orthodoxy. He would seem to be the quintessential evangelical. In spite of this, he has chosen to cast off the label.

Why? Because he is African American and acutely aware of the intricacies associated with being both black and evangelical. He is unsettled by the bifurcation of the Gospel and social ethics. In his estimation, the division is the byproduct of privilege and is a reductionistic understanding of the Church’s mission. While he concedes that evangelicalism is a theological movement, he contends that it has been shaped by the dominant culture. The movement has a cultural identity that debases him based on his ethnicity. Consequently, he has chosen to uphold his theological identity while eschewing the term evangelical and its baggage. In contrast, I have concluded that preserving my theological identity obliges me to redeem the term and unpack the movement’s baggage.

In my opinion, my friend deserved a response. His confusion is understandable because he knows that I affirm his assessment. I too have been wounded by evangelicalism’s posture toward social ethics. But I have concluded that an exodus of ethnic minorities amounts to segregation …