Bringing a Tent Peg to a Sword Fight

Home » News » Bringing a Tent Peg to a Sword Fight

Why God sends his people into battle armed with the tools of everyday life. 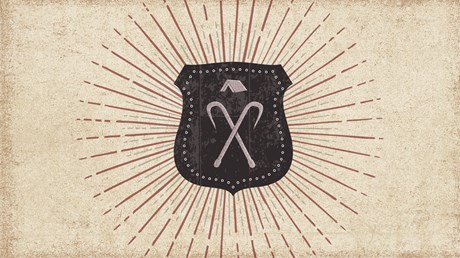 In the first Battle of Armageddon, the enemy commander was killed with camping equipment. Speculation about the next round has been the stuff of bestselling books and blockbuster movies, replete with speculation about a world government, flying locust-scorpion warships, bar codes, conspiracies, the EU, nuclear weapons, and a giant meteor steaming toward earth with Bruce Willis on board.

But the first time a war was fought at Har-Magedon (the hill of Megiddo), the decisive blow was struck with the most everyday objects imaginable. Sisera, commander of the mighty Canaanite armies, had his head crushed by Jael, a tent-dwelling woman wielding a mallet and a tent peg (Judges 4:17–22).

It’s a striking story in many ways. A woman, Deborah, is judging Israel, which is unusual in itself. The man charged with leading the Israelite army, Barak, refuses to fight unless she goes with him. Israel wins the battle despite overwhelming odds. When the victory is celebrated in song (Judges 5), the main characters are (again) three women: Deborah, described as “a mother in Israel,” the mallet-wielding Jael, and Sisera’s luridly vile mother. And the peg through the temple is pretty unforgettable.

Yet this story also forms part of a recurring pattern in Scripture, in which Israel defeats her enemies with tools instead of weapons. In this case, Israel has no shields or spears but conquers, instead, with a peg and a “workman’s hammer” (5:26). Another judge, Shamgar, defeats the Philistines with a cattle prod (3:31). Gideon wins with jars and trumpets (7:19–23). The Philistine king Abimelek is killed by a millstone being thrown over the wall (9:53), the second time in five chapters that an obscure …