Can We Finally Break the Silence Around Tamar?

Home » News » Can We Finally Break the Silence Around Tamar?

Telling the uncomfortable story of “desolate” Tamar positions us to show a kind of compassion King David didn’t. 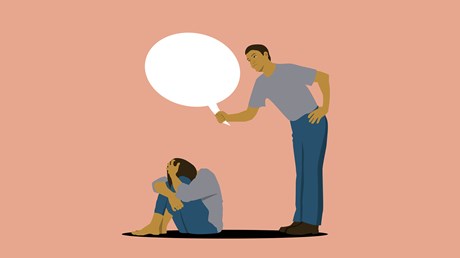 For the past year, I’ve been teaching the Book of Samuel to a group of women at my church. We go through it chapter by chapter, verse by verse, and I challenge them to think critically about what they are reading. The Book of Samuel is filled with stories that ask us to grapple with the sovereignty of God and the severity of sin. But perhaps none is so jarring as the story of Tamar and Amnon in 2 Samuel 13.

I’m sure you know it. Amnon, one of David’s sons, violates his own sister and then casts her aside. When her brother Absalom learns what Amnon has done, he tells her, “Has Amnon your brother been with you? Be quiet for now, my sister. He is your brother; do not take this thing to heart.” Absalom’s shushing and dismissing are certainly vile, but it is David’s reaction that stuns: “When King David heard all this, he was furious” (vv. 20–21).

Furious. That’s it. No public denouncement of Amnon, no vindication of Tamar. No justice, no words of comfort or kindness for his daughter, just impotent, mute anger. David is silent. He takes no action against Amnon, opening the door for Absalom to have his brother murdered in revenge. And Tamar is left desolate.

Why does David’s anger translate into silence and inaction? Because David sees in his sons an amplification of his own grievous sins. David sacrificed Bathsheba to his lust and then murdered her husband to cover his tracks. Now his two sons fulfill God’s prophecy of judgment by committing heightened versions of his own sins within their own family.

David’s guilt renders him silent. Tamar’s plea to Amnon as he overpowers her rings in the ears of the reader: As for me, where could I carry my …