Can We Handle the Truth About Racism and the Church?

Home » News » Can We Handle the Truth About Racism and the Church?

Before racial reconciliation can happen, says Jemar Tisby, American believers need to reckon honestly with the sins of the past. 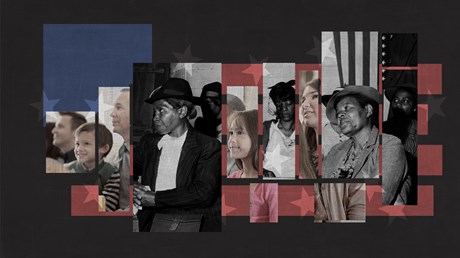 At the climax of the 1992 classic A Few Good Men, Colonel Nathan Jessup (Jack Nicholson) famously screams, “You can’t handle the truth!” Responding to questions from Lieutenant Daniel Kaffee (Tom Cruise) about a military cover-up, he confirms his role in the scandal but maintains that the public would rather not know the ugly and gory details of his job. In The Color of Compromise, Jemar Tisby (president of the black Christian collective The Witness) adopts the posture of Lt. Kaffee, demanding that American Christians learn and teach the hard truth about the church’s complicity in racial injustice.

For far too long, some in the church have assumed the defiant pose of Col. Jessup. Because this history is so painful to remember, many believers would rather bury it. Others, confronted with the church’s inadequate response, shift attention to a multiracial cast of heroic figures—like William Wilberforce, Francis Grimke, or Martin Luther King Jr.—whose contributions paint the church in a better light.

Of course, as Tisby points out, that these exemplars were small in number and greatly abused by fellow Christians for speaking against racial bigotry. And admirable as they are, they can’t be allowed to obscure the underlying truth: Many white Christians actively participated in racism, and many more sat idly by as it infected every inch of American life. Brutal racial injustice would not have persisted as long as it did, Tisby writes, without “the relative silence, if not outright support, of one of the most significant institutions in America—the Christian church.”

The Path of Least Resistance