Climate Change Divides the US Church. It Unites the Global One.

Home » News » Climate Change Divides the US Church. It Unites the Global One.

Why a Christian response to global warming is about more than rising temperatures. 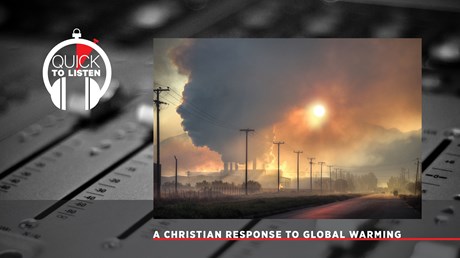 Last week, the world’s leading climate scientists released a sobering report, which claimed that there are only a dozen years to keep the Earth’s climate from increasing by 1.5 degrees Celsius. If the planet fails to do so, the United Nations Intergovernmental Panel on Climate Change warned, the risk of drought, floods, extreme heat, and poverty for hundreds of millions of people will massively increase.

To avoid barreling toward this future, the entire world will have to make massive changes in the way it currently consumes energy.

“It’s a line in the sand and what it says to our species is that this is the moment and we must act now,” Debra Roberts, a scientist who worked on the report, told The Guardian. “This is the largest clarion bell from the science community and I hope it mobilizes people and dents the mood of complacency.”

But upending the status quo is incredibly difficult work, says Peter Harris, cofounder of A Rocha, an international Christian nature organization. A former parish minister, Harris says he sees parallels between his conservation work and his life in church ministry.

“I had to sit next to the bedside of a dying friend. It was good to be there. It was good for us to share the presence of God and the hope of the resurrection,” he said. “And sometimes we know when we’re potentially going to lose the conservation battle—and honestly I doubt if we will keep the temperature rise below two degrees within the next 15 years—what we have to do it out of is that the Lord will not abandon his creation. He’ll stir up his church worldwide.”