Commentary: Abortion Is Wrong. That's Not Why Roe v. Wade Is Wrong.

A better case for overturning a bad Supreme Court precedent. 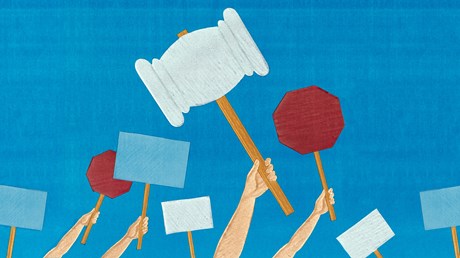 Hopes are running high among pro-lifers these days. With Justice Anthony Kennedy’s departure from the Supreme Court, many of us can’t resist a peek at the political crystal ball. Dare we entertain the thought of finally overturning Roe v. Wade?

Possibly. At one point, it looked like the current nominee to replace Kennedy, Brett Kavanaugh, would cruise to confirmation. But recent allegations of sexual assault have muddied his path. In any event, nobody knows for sure whether Kavanaugh (or anyone else on the president’s short list) would cast a tie-breaking vote against Roe. Or whether the Court’s other conservative members would play their scripted roles. Or whether a challenge to the Court’s abortion jurisprudence would even reach the current cohort of justices.

In the meantime, as we game out different scenarios, a word of caution—one that might, at first glance, seem outlandish. Pro-life Christians should take greater pains to separate opposition to abortion from opposition to Roe v. Wade.

Wait, that can’t be right. Isn’t Roe responsible for backstopping America’s heinous regime of abortion-on-demand? Quite so. There’s a reason the annual March for Life occurs each January on Roe’s anniversary—and that it culminates with a peaceful demonstration outside the Supreme Court building. There’s a reason the marchers carry signs and hear speeches raging against the Court’s infamous handiwork.

Yet for all our focus on scrapping Roe, a salient fact remains: The wrongness of this decision has precisely nothing to do with the wrongness of abortion. Taking the life of an unborn child is a sin against God and man. Roe, by contrast, is an offense against …