How to disciple in an era of male floundering. 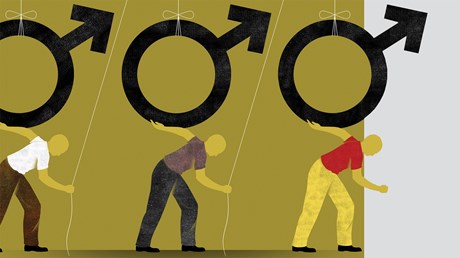 The mid-1990s were a pretty great time to be a Christian man. The televangelist scandals of the ’80s were in the past. Today’s megachurch scandals and #MeToo hashtags were far in the future. Instead, Christian men were making headlines for getting together en masse to pursue “spiritual, moral, ethical, and sexual purity.”

Gary Kramer was there. Twice. In 1995 he joined more than 60,000 other men at Mile High Stadium in Denver in one of Promise Keepers’ signature moments. Two years later he traveled to Washington, DC, for the movement’s Stand in the Gap event, which drew hundreds of thousands of men from around the country to the National Mall for prayer and worship.

For decades, churches’ men’s ministries had been mostly small and informal: maybe a weekly Bible study for the highly committed. A monthly chatty breakfast that attracted a slightly larger (but still small) group of attendees. Maybe an annual overnight retreat. But with the Promise Keepers rallies and an explosion of similar church- and parachurch-driven ministries, men’s ministry seemed poised to step out of the shadow of much larger women’s ministries.

The Promise Keepers events were great, says Kramer, now 60. Full of energy and excitement. But nowadays, his weekly Tuesday morning Bible study and a bimonthly breakfast in Franklin, Tennessee, are more sustainable. They’re also what sustains his friendships and discipleship.

“It’s great to be in on something like [Promise Keepers],” he says. “But to live it out, you need the smaller group to be connected with and have life together with on a more intimate basis.”