Growing old is not what it used to be. For millions of retirees, that may actually be good news. 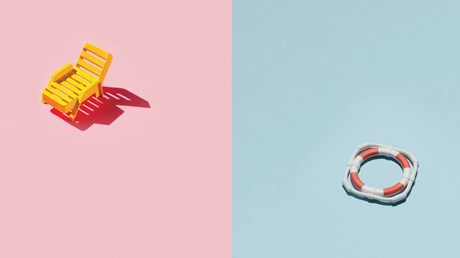 Pat Poole felt a mix of relief and uncertainty once he decided to retire from his sales management job at Halliburton at the end of March. An Oklahoma Sooners football fan and an avid golfer, Poole looked forward to more leisure time after leaving the Houston-based global oil service company. But he also had questions. One morning, he put down the TV remote and asked his wife with complete sincerity, “What am I going to do?”

The world is undergoing a massive demographic shift. More than 70 million baby boomers will retire in the next 20 years in the United States alone. By 2035, Americans of retirement age will exceed the number of people under age 18 for the first time in US history. Globally, the number of people age 60 and over is projected to double to more than 2 billion by 2050.

But as retirement looms for baby boomers, a growing number of them—both Christians and their neighbors—are discontented with current cultural assumptions about it. They’re asking new questions about money, work, time, family, leisure, and a life of purpose.

As Americans live longer, “we do not know what we will be doing with all that time,” Joseph Coughlin, director of the Massachusetts Institute of Technology’s AgeLab, told the National Journal. Lynda Gratton and Andrew Scott, authors of 100-Year Life: Living and Working in an Age of Longevity, point out that people are living longer than ever before, and the average retiree can expect to live another 20–30 years.

What retirees consistently say they want to do with their time in retirement is spend it with family. But what happens when the realities of caring for needy adult children, looking after aging parents, and spending newfound hours …