Curiosity Propels My Toddler to Learn. Will Computers Ever Compare?

Home » News » Curiosity Propels My Toddler to Learn. Will Computers Ever Compare?

How our relationship to God makes us unique from our robot imitators. 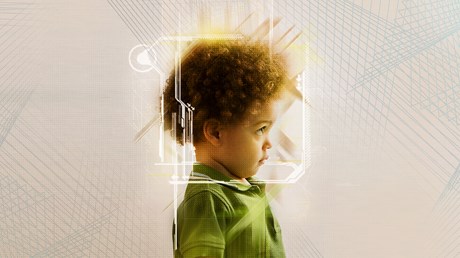 My son saw a shark today.

In his two short years, this was the first time he beheld the creature. His eyes went wide. Would he fear the thing?

His head tilted a few degrees left, betraying a smile. Not knowing what it was or its name, he christened it himself. Pointing, he proclaimed, “Agu dalpha!”—his toddler parlance for “alligator dolphin.”

As a linguist and translator, I was charmed. What a peculiar name. What a sensible name.

He saw the creation, and he named it, tapping into that ancient stream of humanity flowing back to our first ancestors.

In mere fractions of a second, his mind sifted his entire knowledge base. Visual, motor, linguistic, and associative information danced across the trillions of synapses in his brain, pivoted in his frontal cortex, then flew back through the Wernicke’s area, arcuate fasciculus, and Broca’s area and was ultimately heralded out by the motor cortex controlling his speech articulations.

These so-called “basic” mental processes are extremely complicated. Legions of academics and corporations toil round-the-clock to teach computers to approximate just one of these steps. The who’s who of star tech companies together spend billions to crack even a sliver of the great problem of true intelligence.

But my toddler, unbidden and unsupervised, does this entirely of his own agency. He is an analog masterpiece. And he is not unique in this. In his young mind, unsupervised learning meets unsupervised creation. These are hallmarks of human intelligence.

Currently, we are the only created beings in the universe that can do these things—at least that we know of. Computers cannot perform unsupervised learning like we do. Even their supervised …