Ten years after his suicide, I marvel at his genius but mourn the crushing burdens he carried. 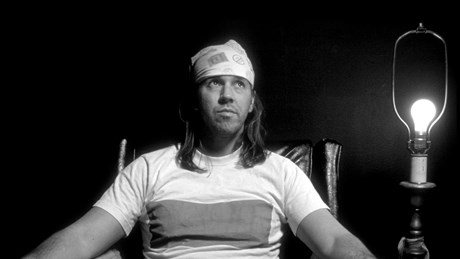 That may seem a strange thing to say since I never met him. When he died—ten years ago to the day, by suicide—I had barely heard of him.

But at different times, and in different ways, he started showing up in my life. And, slowly, I started paying attention.

And it was in that paying attention that I came to miss him.

First, a little background may be in order.

David Foster Wallace was born in 1962 and lived for 46 years. He published just two novels when he was alive, The Broom of the System and Infinite Jest. A third novel, The Pale King, was pieced together from an almost-finished manuscript and notes after he died, and it was nominated for a Pulitzer Prize. He also published short stories and a couple non-fiction books, mostly long-form journalism collected from magazines such as Harpers and The New Yorker. That’s about it.

Take his masterwork, Infinite Jest. It’s a 1,079-page book with a hundred pages of footnotes. Despite its mammoth length, it does not have proper chapter divisions. Sentences often go on for hundreds of words. A few are more than 1,000 words long. It has so many characters that fans and critics built a website to catalog them. Some sentences are positively luminous, but one of the book’s most common phrases, used sometimes as a stand-alone sentence, is a pedestrian, colloquial, ambiguous expression that has become a catch phrase for a certain class of literary millennials: