Do Muslims Understand Religious Liberty the Same Way Christians Do?

How Christians can partner with Muslims on religious freedom. 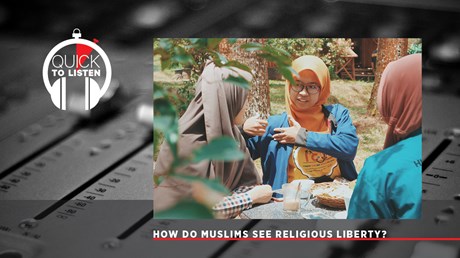 Religious liberty seems to be constantly in the news. From the policies of the current administration, to supreme court nominees, to religious conflict in the CAR, to the recent acquittal of Asia Bibi, events impacting the religious freedom of people worldwide seem to be happening constantly and it seems like everyone has an opinion. Some fear religious liberty is being threatened as never before, others are worried it is being used to jeopardize the hallowed constitutional separation between church and state here in the US.

Christians are particularly engaged in these conversations, on both sides of many issues, but in all the tumult we often forget that our Muslim neighbors can also very invested in religious liberty as well. As interfaith efforts to support and advocate for religious freedom continue, it is important to understand what each group means by the term “religious liberty.”

“Because America has made [religious liberty] a big deal, we're seeing some [Muslim-majority] countries want to respond to this,” said Dr. Jennifer Bryson, a religious liberty scholar and former director of the Islam and Religious Freedom action team at the Religious Freedom Institute. Many limitations remain in Muslim-majority countries, but that is changing. “Some of the very deep believers, Muslims, whose freedom is restricted are starting to see the need for religious freedom in order to practice and pursue and be critical about their own faith,” she said.