Don’t Worry, There Are More Demons Than You Think

Home » News » Don’t Worry, There Are More Demons Than You Think

What Halloween gets right about spirits and why Christians have nothing to be afraid of. 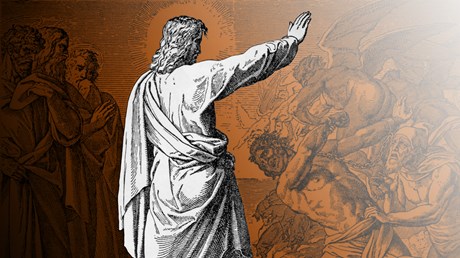 “That time of year thou mayst in me behold,
When yellow leaves, or none, or few, do hang,
Upon those boughs which shake against the cold,
Bare ruined choirs, where late the sweet birds sang.”
–William Shakespeare, Sonnet 73

William Shakespeare recognized that the coming of autumn was an apt time to reflect on his own mortality. We Americans don’t usually share in that impulse. We find just about any talk of death morbid and out of place. Most of the time. But then, halfway through the autumn season, we stumble across a holiday that (at least traditionally) relishes in darkness and death—Halloween.

Christians have long debated, and will continue to debate, whether they should engage in the various traditions that surround Halloween. If Halloween were only a day for little kids to dress up like their favorite princess or—for the more budget-conscious parent—ghosts (hello old bed sheet!), it’s unlikely Christians would raise much of a fuss. What bothers the anti-Halloween crowd isn’t current practice; it’s the history behind the holiday.

But what if the dark side of Halloween has something to teach us? I would go so far as to say that if the only relic left of Halloween is costumes and candy, we miss a dangerous truth—that dark powers are still at work in our world.

A Portal to the Other Side

Though the history of Halloween is a rather muddled affair, certain details are rather uncontested. We know, for instance, that commemorating October 31 is centuries old. As far back as the ninth century, Pope Gregory IV moved the “Feast of All Saints” day to November 1. The evening before this feast became known as “All Hallows’ Eve” and was, …