We should seek their well-being—but also prepare for strong disagreement on what that entails. 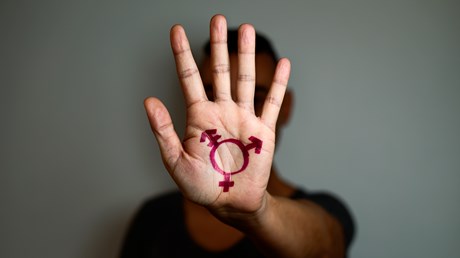 Transgender questions today carry an urgency unimaginable even five years ago. Most churches and Christians find themselves exposed due to their lack of theological and pastoral preparation. What does the Bible have to say about living life in a gender-nonconforming way? What can faithfulness to Christ look like for a person who desires—who might even say needs—to live such a life?

Into this infant conversation comes Transforming: The Bible and the Lives of Transgender Christians, by Austen Hartke. Coming from a mainline Lutheran perspective, this volume stakes its ground in predictable places hermeneutically. But this does not negate the importance of the work, which clarifies the theological and pastoral fault lines on this topic.

Hartke’s identity is as important to the book as his arguments. Hartke was “assigned female at birth,” which is how trans people and their allies describe a person’s biological sex. He experienced gender dysphoria in youth, and the decision to transition from a tomboyish girl to a transman came slowly. Hartke wondered if there was place in the church for someone like him who didn’t agree with every piece of Christian doctrine, who was gender-nonconforming, and who identified as bisexual.

He eventually answered yes to these questions and found his place in the mainline church, being baptized in 2008. He went on to graduate from Luther Seminary’s master’s program in Old Testament/Hebrew Bible Studies, winning that institution’s 2014 John Milton Prize in Old Testament Writing. Hartke runs a successful YouTube series called “Transgender and Christian” and is increasingly sought after at conferences and events. He seeks to help “other …