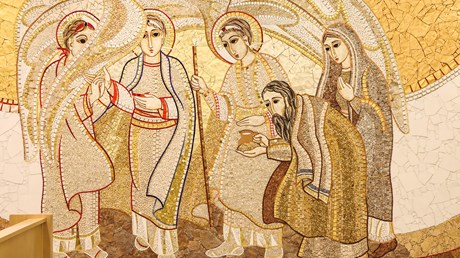 For as long as I can remember, my wife and I hosted dinners—birthday parties for congregants, baby showers, Thanksgiving dinners for displaced New Yorkers, dinners to honor people, and many others. In 2005, I hosted a man I barely knew. I just knew that he was a missionary to China and played a role in the great revivals there.

Unknown to me, he was a giant of faith, a modern-day Paul, a person who would shape the trajectory of my life and all those around me. To think that he would accept my hospitality—an uncomfortable red convertible sofa and food from an untrained culinary hand—humbles me. Hospitality can be paradoxical. Often those who show it are blessed more than those who receive it.

The theme of theoxeny, the showing of hospitality to a god or gods—usually in disguise—is not a common one in Christian theological discourse. I’ve never come across this word in any commentary or theological book (perhaps an indictment on my shallow reading), not even in a footnote. The first time I came across this word was when I was working in Homeric scholarship.

Greek and Roman Examples of Theoxeny

In the Odyssey of Homer, the concept of theoxeny emerges clearly in book 16. Here Odysseus’ son, Telemachus, finally comes in contact with his father but he does not recognize him because he has been disguised as an old beggar. When Athena removes Odysseus’ disguise, returning his appearance to his heroic self, Telemachus grows afraid, not because of the sudden transformation itself (as we would expect) but because he is afraid that he did not show proper hospitality to a god in disguise. In his worldview, the gods are wont to test people’s characters by whether they show proper hospitality, …