How do you persuade someone who already thinks they’re a Christian to become one? 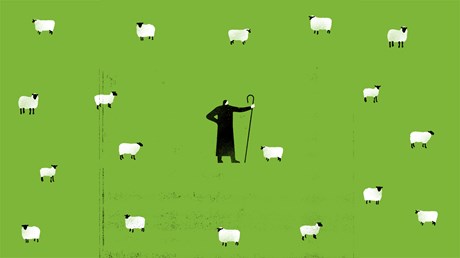 The largest mission field in Western Europe isn’t self-identifying atheists or Muslim immigrants; it’s people who call themselves Christians but exhibit few, if any, signs of faith.

Non-practicing Christians, which a Pew Research Center report defines as those who identify with Christianity but rarely or never attend church services, make up the biggest segment of the region’s population.

According to the report, 46 percent of Western Europeans are non-practicing Christians, 18 percent are regular church attendees, 24 percent are religiously unaffiliated, and 5 percent follow other faiths.

Despite their increasing secularism, Europeans still tend to identify with religious labels—if not their more orthodox beliefs.

The region’s non-practicing Christians outnumber church-attending believers in every Western European country except Italy, Pew reports. They rarely or never attend worship services, generally don’t believe in God as described in the Bible (67%), and don’t hold to historic positions on social issues: 85% favor legal abortion (compared to 52% of church-attending Christians) and 80% favor same-sex marriage (compared to 58% of church attendees).

Over the course of a single generation, the number of Western Europeans without a Christian background has skyrocketed, said Evert Van de Poll, professor of religious studies and missiology at the Evangelical Theological Faculty in Leuven, Belgium. In his home country of the Netherlands, the number of unaffiliated Dutch (48%) has tripled since he was a boy. At the same time, the “Christian” label has increasingly become more a cultural signifier than a statement of faith and practice.

With the Christian landscape evolving (or, …