Dowling Park was a retirement community built around widows and orphans. A century later, it’s a model for intergenerational ministry. 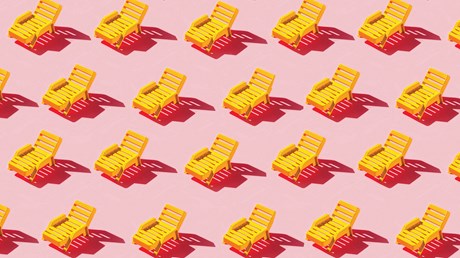 Charles Moore says he must have heard about Florida’s first retirement community when he was in the cradle in the late 1930s. His father loved reading the Present Truth Messenger, a newspaper of the Advent Christian Church—especially the back-page “Old Folks at Home” section that offered updates about the denomination’s retirement community in Dowling Park, Florida, about 70 miles east of Tallahassee.

“As far back as I can remember him, he used to say, ‘When I retire, I want to go to the Advent Christian Village,’ ” 81-year-old Moore says. His father lived in the community for 21 years and, shortly after his death in 2002, Moore and his wife, Jenelle, decided they also wanted to move from their home in North Carolina to the village in Dowling Park. “I didn’t know of another retirement place in North Carolina or anywhere that was like this one,” Moore says.

Moore’s story is not unique among the community’s members. May Virginia White, 85, is a third-generation resident. Laura Putnam, 84, a retired missionary to the Philippines, grew up hearing about the village through fifth-Sunday offerings her father’s church collected to support the ministry.

Situated on 1,200 wooded acres along the Suwannee River, Advent Christian Village is, according to its website, the oldest retirement community in Florida. But far from a haven for senior escapism, it was born with a baked-in vision for missional living. The nonprofit organization opened in 1913 as a home for both orphans and retired ministers, and today, with its community-run youth mentoring programs and a high rate of volunteering, it may offer a model for post-career seniors who want to get …