For Black Evangelicals, How Does Masterpiece Cakeshop Compare to Jim Crow?

Home » News » For Black Evangelicals, How Does Masterpiece Cakeshop Compare to Jim Crow?

Four views on why African American Christians have mixed feelings about the Supreme Court’s first ruling on refusing services for same-sex weddings. 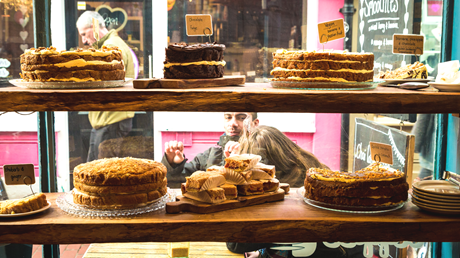 Recent legal attempts to balance religious freedom with LGBT anti-discrimination efforts have been compared to the push for racial equality during the civil rights movement in the United States decades before. But when conservative Christian-owned businesses decline to serve same-sex weddings, are the same principles at stake as when white-owned businesses refused to serve African Americans?

Justice Clarence Thomas, the only African American on the Supreme Court, brought up the comparison in his concurrent opinion in this month’s Masterpiece Cakeshop ruling. “It is also hard to see how [baker Jack] Phillips’ statement is worse than the racist, demeaning, and even threatening speech toward blacks that this Court has tolerated in previous decisions,” he wrote, citing past rulings in favor of cross burners and organizers of racist parades.

Though Thomas joined the 7–2 majority siding with Phillips’s First Amendment rights in the case, the American public is largely split over whether wedding vendors should be required to serve same-sex couples or if they should be free to turn down clients if they have religious objections, the Pew Research Center found in a 2016 survey.

While American evangelicals have been the biggest supporters of Phillips’s case and the many similar cases, that support breaks down on racial grounds. Though both black and white born-again believers have long been the US religious groups most likely to oppose same-sex marriage, more African Americans don’t want to see owners refuse service to a particular group.

Pew found that black Protestants (most of whom identify as evangelical) were twice as likely as white evangelical Protestants—46 percent vs. 22 percent—to …