France Loves Notre Dame. Do They Still Believe the Faith That Inspired It?

Home » News » France Loves Notre Dame. Do They Still Believe the Faith That Inspired It?

The plethora of challenges confronting the faithful after a long and bitter divorce between church and state. 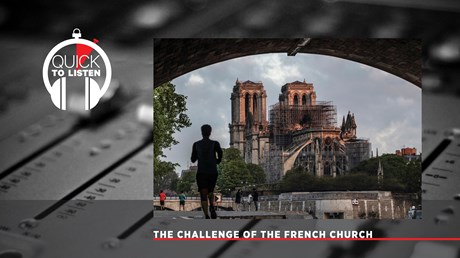 Two weeks ago, the Notre Dame caught fire and burned. In the aftermath of the blaze, fundraising efforts to repair and reopen the church have raised millions of dollars. But they’ve also highlighted disparities in the ability of other religious traditions—primarily Protestants and Muslims—to open new places of worship and maintain their existing ones.

Currently, a new church opens every 10 days in France, says Raphaël Anzenberger, the director of Ravi Zacharias International Ministries for the French-speaking world. But expensive rents often mean that these churches can’t move to the city center, and consequently have a harder time influencing their culture’s leaders.

“It's getting really complicated for our pastors, who not only need to feed the flock, which is their first calling, but also to be experts in handicapped law [and how to] fireproof buildings. You have to be a lawyer, a notary, it's just crazy, an architect,” said Anzenberger.

And the government isn’t necessarily a friend.

Anzenberger joined digital media producer Morgan Lee and editor in chief Mark Galli to discuss why the relationship between church and state in France is so terrible, why the fashion industry needs more evangelists, and what’s behind a recent spate …