We American Christians have a biblical call to reduce firearm deaths in our land. 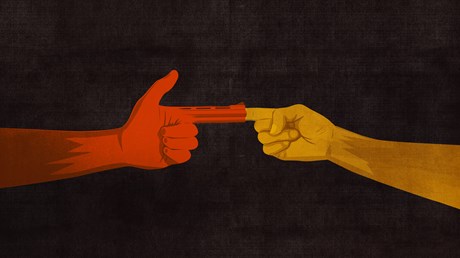 Violence enters the human story from nearly the beginning: “While they were in the field, Cain attacked his brother Abel and killed him” (Gen. 4:8).

The Genesis narrative notes that violence soon becomes endemic. In a mere two chapters, we read, “Now the earth was corrupt in God’s sight and was full of violence” (Gen. 6:11). And “God said to Noah, ‘I am going to put an end to all people, for the earth is filled with violence because of them. I am surely going to destroy both them and the earth’ ” (Gen. 6:13).

God hates violence. We see that especially in the prophets.

Ezekiel: “He [God] said to me, ‘Have you seen this, son of man? Is it a trivial matter for the people of Judah to do the detestable things they are doing here? Must they also fill the land with violence and continually arouse my anger?’ ” (8:17).

Hosea: “Ephraim feeds on the wind; he pursues the east wind all day and multiplies lies and violence” (12:1).

Obadiah: “Because of the violence against your brother Jacob, you will be covered with shame; you will be destroyed forever” (v. 10).

If the Bible is to be trusted, violence is cause for divine destruction of the people who practice and countenance it.

Americans might take note. It nearly goes without saying the United States is a violent culture. Yes, places like El Salvador, Honduras, Venezuela, and Jamaica have much higher per capita murder rates. But compare the United States with other high-income countries, and we see this: According to 2010 data from the World Health Organization, gun homicide rates range from 0 (UK) to 3 (Finland) deaths per million. No country comes anywhere close to the US rate of 36.