We are obsessed with making progress, but the Bible reminds us it is often important to go back. 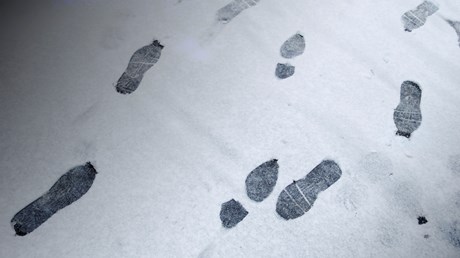 Returning does not resonate in 2018. Who wants to come back to something? We would rather push forward no matter what the cost, reach new heights, or at the least be a few steps farther along than where we started. Within this framework, to return is to regress or worse, to fail.

But returning can be beautiful. Great-hearted Odysseus, sitting on the shores of Ogygia, weeping, broken, with tears streaming down his weathered face as he looked homeward is a powerful picture of the beauty of the longing of returning. Odysseus wanted nothing more than to return to his home, his land, his child, and most of all his beloved wife; returning gripped him. Everything else became tasteless and colorless; even the beautiful nymph, Kalypso, with all she had to offer, became bland and washed-out.

Odysseus saw beyond the charms and allures of Kalypso. From an etymological perspective, his feat was even more pronounced because Kalypso comes from the Greek verb kalyptō, which means to conceal and, by implication, to deceive. Kalypso attempted to charm Odysseus, but she failed because Odysseus had a one-track mind. He was all about returning. Sirens, lotus-eaters, men, gods, suitors, nothing could get in his way. There is an insight here.

Returning is also an important idea in Scripture, especially returning to God. Perhaps we are missing what is most important in life because we have forgotten the importance of returning or even how to return. Like a lost ship at sea that eventually runs aground, we are stranded, isolated, and in despair not knowing what to do or where to go. We try to move forward, but since we have lost our orientation, forward may not mean progress. But here’s the good news: We can always return, and that is progress. …