Has Academic Theology Lost Its Way?

Two theologians ask how their discipline can start mattering to ordinary believers again. 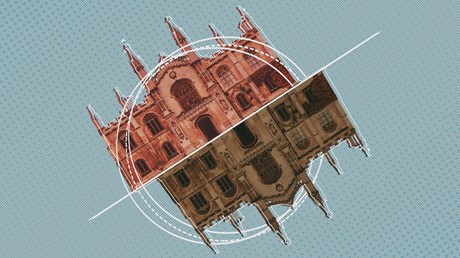 Something is rotten in the state of academic theology.

That, at least, is the bold claim that Miroslav Volf and Matthew Croasmun advance in their compelling new book, For the Life of the World: Theology That Makes a Difference. Volf and Croasmun fear that academic theology has lost its way, in part by positioning itself in opposition or even hostility to the church and its ordinary believers. Rigorous research and scholarly writing may not lead inevitably toward an unhealthy detachment, but the reality of that detachment both from church life and the most fundamental questions of human existence is all too common. As a result, regular churchgoers have grown skeptical of academic theology, and non-Christians simply dismiss it as a relic of the past with no legitimate space in the public square. Theology, the authors argue, used to be about the “Big Questions,” but now it contents itself pursuing in-house debates about obscure historical figures and formulations, all while neglecting to make connections with contemporary audiences.

While Volf and Croasmun are certainly not the first to worry that the discipline of theology has moved much closer to the margins over the last century, they describe the situation with new urgency. Academic theology, they argue, has been too willing to seek legitimacy by operating within the “great edifice of science,” which entails submitting to a foreign set of expectations and methodologies. Because of this surrender, they fear it will lose the very thing that makes it unique and meaningful: its capacity to point to the living triune God and articulate the kind of life we should live in response to his revelation.

The authors argue that theology, rather than playing by a …