How Charles Taylor Helps Us Understand Our Secular Age

Why the work of Canadian philosopher Charles Taylor is influencing so many Christian thinkers. 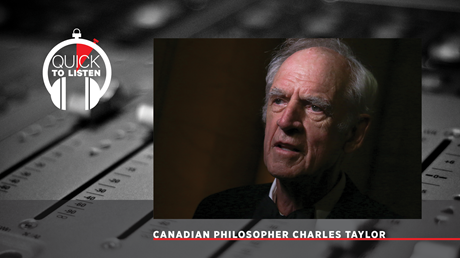 Ever heard a Christian author or speaker refer to our current moment in history as "a secular age"? Or perhaps you've heard someone explain culture in terms of "subtraction stories"? Or "social imaginaries"? "the age of authenticity"? "the immanent frame"?

Some of these terms are strange and unfamiliar, but for many thinkers today, they provide a helpful way to understand the seismic cultural shifts we've seen happen in the last couple of generations. From Tim Keller to Russell Moore to Rod Dreher, a lot of Christian thought leaders and quite a few academics are using these ideas to help understand our modern world and it is all based on the work of a guy named Charles Taylor.

Charles Taylor is a Canadian Catholic philosopher from Montreal, Quebec, known primarily as a political philosopher and philosopher of social science, but his work spans many topics and disciplines. His 2007 book, A Secular Age, a dense argument against the "secularization thesis" proposed by Max Weber and others, has particularly captured the evangelical intellectual imagination recently.

So, in a marketplace crowded with explanations for advancing secularism, why are Taylor’s ideas so popular?

Collin Hansen, editorial director of The Gospel Coalition, thinks it has to do with the way that Taylor helps unpack and clarify the cultural changes we're all experiencing but find hard to describe.

"A lot of what Taylor does is he'll take something that is rather obvious, but that nobody has named before or that nobody has described," Hanson explains. "It's almost like somebody who gives you language to describe the air that you breathe. Or somebody like David …