How Cracking Wheat’s Genetic Code Reminds Us Who We Are

This grain’s genome echoes of the strength found in the diversity of God’s people. 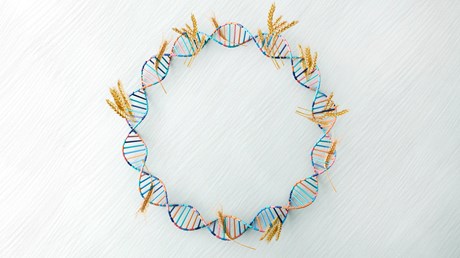 Like many kids, I grew up picking wild grasses believing that they were wheat. I would pick one from the yard of my childhood home, believing the harvest I held in my hands could be transformed into food. As I grew up, I quickly learned that the “wheat” in my yard was far from a bountiful harvest and instead was actually weeds and wild grasses.

Yet, my childhood confusion about wheat is, in one sense, understandable. Wheat is a part of the grass family. In Matthew’s telling of the Parable of the Weeds, the “weeds” represent darnel, “a poisonous weed organically related to wheat, and difficulty to distinguish from wheat in the early stages of the growth,” writes New Testament scholar Craig Keener.

In the Bible, wheat is used as a metaphor for the people of God. The scientific study of wheat prompts reflection on how what distinguishes God’s people and how our vast diversity can strengthen us all.

Essentially, a genome contains all of the genetic knowledge needed to create and sustain an organism.

It would be easy to assume that the wheat genome would be more straightforward to sequence than the human genome. After all, human beings are the crowning achievement of God’s creative work while wheat is a mere plant. However, the wheat genome holds mysteries that offered significant challenges to research scientists who wanted to understand this plant at the most minute level.

The full sequence of the human genome was published in 2003, …