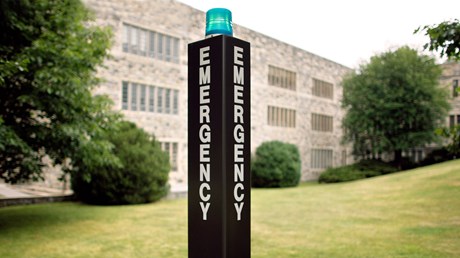 When college freshmen step on campus for the first day of school, they will be entering what experts consider the riskiest period for sexual assault, spanning from the start of the semester to Thanksgiving break.

One Christian college graduate remembers her first weeks as the time when a guy from her “brother hall” grabbed her hand and shoved it down his pants. Another met her college boyfriend early on. The relationship soon grew threatening, and he ended up raping her in a parked car. At another school, it didn’t take long into the first semester before a female student began to wonder what to do about unwanted attention from one of her professors.

Over the past year, the #MeToo movement proved harassment and rape can happen to women anywhere, but colleges have long been ground zero for America’s sexual violence epidemic.

Most evangelical schools already have policies that address the biggest risk factors: dry campuses, single-sex dormitories, codes of conduct barring sex before marriage. But recent studies suggest that the most significant disparities between Christian and public or private institutions correspond to the biblical convictions at the core of the community, from shared morality to their approach to gender roles. Faith indeed influences the rates of sexual violence on campus—mostly for better, but sometimes for worse, researchers say.

“One of the key shared ideas [at Christian schools] is that sex needs boundaries or restraint—a radically countercultural affirmation in a society where most affirm sex need have no limits if it is consensual,” wrote sociologist Jim Vanderwoerd from Redeemer University College in Ontario.

In a 2017 study, Vanderwoerd and Harvard University’s …