How Freedom Became an American Idol

Once a people view themselves as their own highest authority, whatever they most value becomes their god. And that god will rule their nation. 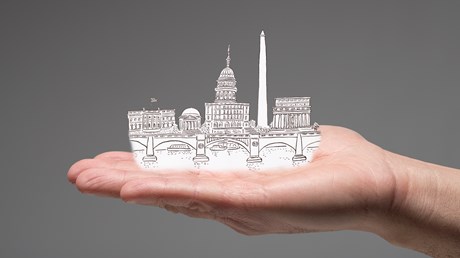 At its best, Patrick Deneen’s Why Liberalism Failed is a book that helps fish like us see the water. For that reason alone, you will benefit from it. The water in question here is the political philosophy of liberalism, what Deneen calls “an encompassing political ecosystem in which we have swum, unaware of its existence.”

When Deneen, who teaches political science at Notre Dame, writes of “liberalism,” he isn’t writing about the views held by contemporary Democratic politicians or self-described “progressives” (at least not directly). Instead, he has in mind the governing philosophy that animated the American Founders and has defined America ever since, influencing modern conservatives and liberals alike. Think freedom of speech and religion, individual liberty, equality under the law, private property rights, and other values most Americans take for granted. Think “life, liberty, and the pursuit of happiness.” Looking at the Western world more broadly, “liberalism” evokes the legacy of the Enlightenment, with its commitments to reason, scientific progress, tolerance, and liberation from all the allegedly oppressive traditions (political, social, ecclesiastical) of the past.

Liberalism hasn’t always been the only game in town. Not so long ago in history, fascism and communism appeared to present credible rivals. But by the time the Berlin Wall fell in 1989, only liberalism remained. The political scientist Francis Fukuyama famously declared that the triumph of liberal democracy had brought about “the end of history.” In other words, we’re all liberals now.

Nearly 30 years later, however, we know liberalism has failed us, and Deneen …