How to Avoid the Folly of the Pharisees

Home » News » How to Avoid the Folly of the Pharisees

The real mistake made by Jesus’ classic adversaries might surprise you. 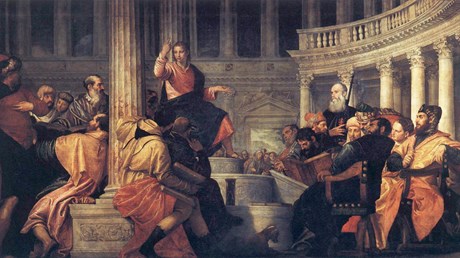 You’ve probably heard someone say at some point “Don’t be such a Pharisee.” Typically these words are uttered when someone is being overly scrupulous in “rule keeping” in the Christian life. If there’s one type of person in the New Testament that you don’t want to be compared to, surely it’s the Pharisees. Though one could consider the question of the Pharisees from a variety of perspectives, let’s look at how Jesus responds to the Pharisees in the Gospel of Matthew.

The Pharisees frequently oppose Jesus in the Gospels. Jesus is often critiqued by the Pharisees, and he in turn reproaches them for their errant ways. He strongly warns his disciples not to follow their teaching. But what exactly was the Pharisees’ problem? Was it that they were too concerned with following God’s law? Or was it something else?

Contrary to what you may have heard, Jesus does not rebuke the Pharisees for giving too much attention to God’s law. Jesus never denigrates or downplays the law of God. Where it looks like he might be (Sabbath controversies, for example), Jesus is instead critiquing misunderstandings and misappropriations of God’s law.

Far from critiquing the Pharisees for focusing too assiduously on God’s law, Jesus critiques them for not being concerned enough with God’s written law. They didn’t give it too much attention; they gave it too little attention.

Listening to the Sermon on the Mount

Jesus’s interest in paying careful attention to the law is evident in the Sermon on the Mount. Though it may be the most well-known of all Jesus’ teaching, it’s also some of the most difficult to understand. Is Jesus teaching that God’s law is impossible to keep? Is he teaching Christian perfectionism? The answer is neither.

In the Sermon on the Mount …