I Escaped from Iran, but Not from God

Home » News » I Escaped from Iran, but Not from God

As a child of the Iranian Revolution, I wanted nothing to do with religion. 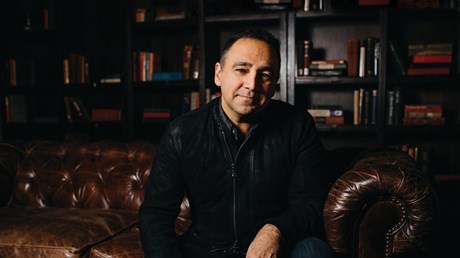 I was nine years old when I decided that I hated God. I hated him because I believed he hated me first.

It was 1979, during the middle of the Iranian Revolution. Ayatollah Khomeini and his religious zealots had recently overthrown the existing government and seized political power. Hundreds of thousands of people had their lives turned upside down in the chaos.

My father was a military officer in the previous regime, and we had grown up on a military base. A couple of weeks into the revolution, I was at school when we were called outside for an unexpected assembly. A soldier read off three names, including mine, and called us to the front. Removing a gun from his holster, he quoted from the Qur‘an and told me he would kill me to deliver a message to supporters of the old regime. Fortunately the school principal intervened, and the soldier relented.

Running for Our Lives

Traumatized, I rushed home to tell my father what had happened. Despite his usual sternness, he took me into his lap and pledged to keep us safe, revealing that plans were underway for an eventual escape.

To me, this felt less like escaping from Iran than escaping from God. We were leaving our home, our family, our wealth, our friends, everything we held dear—all because our country had been victimized by religion gone wrong.

Just days later, our situation grew desperate. Soldiers barged into our home and dragged my father out. One day earlier, revolutionary guards had whisked one of my father’s colleagues off to a public park, where he was brutally tortured, dying seven hours later.

To everyone’s surprise, my father made it home alive, but this only strengthened our resolve to flee. He devised a plan to leverage my mother’s heart issues …