I Grew Up in a Ministry Family&mdash;and I Hated It

Home » News » I Grew Up in a Ministry Family&mdash;and I Hated It

But as I poured out my anger on the world, Jesus was waiting to pour out his perfect love. 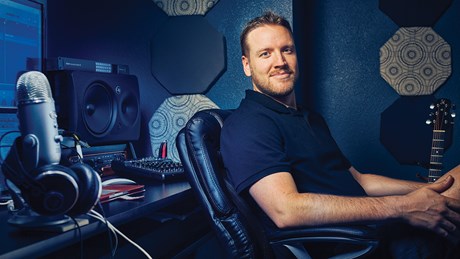 I was born and raised in a Christian home. My great-great-grandfather was Louis Talbot, a famous author, one of the founders of Biola University’s Talbot School of Theology, and a preacher who worked closely alongside Billy Graham.

Yet despite this lineage of faith, I grew up as a “moralistic therapeutic deist,” in the language of sociologists Christian Smith and Melinda Lundquist Denton. I believed loosely in a divine mind that created the world, and I believed that this being would want us to be good and nice to each other. But I knew this “thing” wasn’t especially involved in my life.

I attended my family’s church until I was 11 years old. In that time, I acquired a certain cynicism about religion and ministry. The word religion, at its root, means “to bind back,” and I witnessed person after person trying to somehow work back to God through good deeds and moral effort. In many ways, ministry became an idol in my home, and it often kept us from being a close family. Good things, like serving others, inevitably became “God things.” Our home life was emotionally arid and devoid of intimacy, and I grew to hate whatever god would allow this.

By the time I was 12, my mother sought to get us plugged in with the local Baptist church youth group. She desperately wanted me to be around Christian friends. I went to youth group begrudgingly, all the while growing increasingly bitter, angry, and repulsed by the idea of a god. My anger drove me headlong into pornography.

Around age 17, I began my first serious romantic relationship. But this girl quickly became my idol. It only took a few months before I was pouring my anger onto her. I became what I …