I Used to Hide My Shame. Now I Take Shelter Under the Gospel.

Home » News » I Used to Hide My Shame. Now I Take Shelter Under the Gospel. 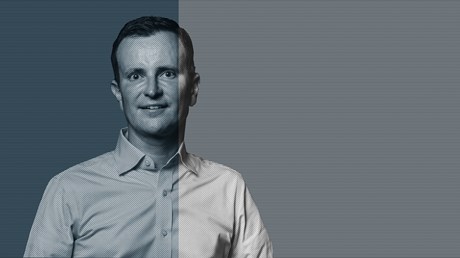 The word vomited out of my mouth. I had never actually said it before. Not out loud, at least. We were in a mostly empty chapel on the grounds of the University of Virginia, and a dozen or more Campus Crusaders were gathering up on the stage to pray. Bill looked up at the stage, then back down at me.

He nodded toward the door. His tone was hushed. “How about we step outside and talk,” he said. “Someplace more private.”

I imagined that everyone had heard me say what I’d said. I glanced up as others quickly averted their gaze. “I don’t care, Bill,” I told him. “I have to get this out. I’ve never told anyone.”

This was the early 1990s, and I was a newly minted follower of Jesus.

I wasn’t raised Christian. My dad was a senior executive in the federal government, and I was raised in a good secular family in suburban Washington, DC. I had never gone to church or synagogue. I had never read the Bible. I definitely did not believe some ancient Near Eastern sky god was secretly pulling the ropes somewhere. A friend named Spencer once told me I was an atheist. I didn’t argue.

There were two sons in our happy secular household. I was the gay one.

Though I made crude attempts to hide it, something about me always appeared different. At age six I asked for an Easy-Bake Oven and a miniature porcelain tea set for Christmas so I could serve a proper English afternoon tea with my stuffed animals. Somewhere there’s a photo of me holding a miniature teacup between my thumb and index finger, pinky sticking out like a rainbow flag. I got my Easy-Bake Oven. But then I was sentenced to not one but two terms on a …