Why this legal scholar believes state legislatures are the best hope for resolving these persistent conflicts. 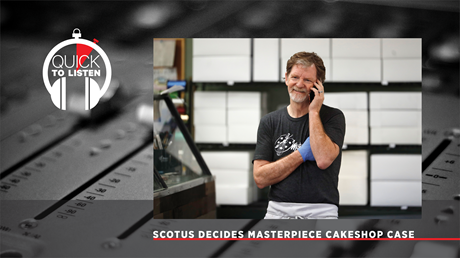 The US Supreme Court has ruled on the biggest religious liberty case of the year. In a 7–2 vote, the Court sided with a Christian baker who declined to decorate a cake for a same-sex wedding. The baker, Jack Phillips, who had provided cakes for gay customers in other circumstances, argued that making a cake for a same-sex wedding would be an endorsement of the marriage and a violation of his beliefs.

For the majority, Justice Anthony Kennedy wrote that “Phillips was entitled to a neutral decisionmaker who would give full and fair consideration to his religious objection as he sought to assert it in all of the circumstances in which this case was presented, considered, and decided.”

While legal scholar Robin Fretwell Wilson found much of Kennedy’s opinions compelling, she ultimately doesn’t think a decision that serves both groups can be made through the courts.

“There’s a pernicious outcome about the fact that we Americans like to litigate,” said Wilson. “When you have the Supreme Court take a case like Masterpiece, it stalls all the work in state legislatures where people are really trying to write a new script because they think, well, maybe this is going to be swamped by the Supreme Court, there’s going to be a new result reached, and why, in any event, should we spend political capital when the court’s going to do this for us?”