If You Want to Evangelize, Try Talking About the Weather

Home » News » If You Want to Evangelize, Try Talking About the Weather

Why small talk and friendship are fundamental to faith formation. 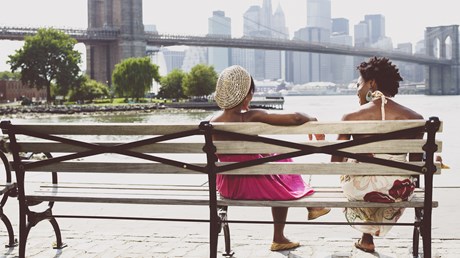 When I was at seminary two decades ago, “spiritual direction” was a new trend. Many of us thought that it was the greatest idea we’d ever hit upon, particularly for those who had grown up around very prescriptive approaches to faith.

Spiritual direction, we learned, was like midwifery: A midwife cannot create life or control it. She can only encourage it to fruition and be present to the miracle that is already happening in someone else. In the same way, spiritual directors facilitate growth but aren’t responsible for it. Both the director and directee are in a listening posture, waiting on the Spirit for discernment and attending to the life that God is growing within.

This midwife-to-mother relationship was located, we thought, in the upper atmosphere of spiritual maturity and sought after by believers who were really striving to attain deep faith. We were all talking about it, reading books about it, and wondering where on earth to find a highly trained spiritual director.

Through twists and turns of God’s will, my husband, Matt, and I found ourselves in Scotland immediately after completing seminary at Regent College. Matt went to serve as a pastor and I went to study John Calvin, but it was there in that Calvinist land, where no one had even heard of that suspiciously Catholic term “spiritual direction,” that Matt and I began learning about the real thing. While we were homesick, lonely, and facing the financial and emotional insecurity of undertaking my PhD, the idea of “spiritual direction” suddenly tumbled from its high place in the upper echelons of spirituality and landed in our laps in a new guise: everyday friendship.

We had a small group of friends who would …