As states push for pro-choice protections, Christians have a growing obligation to defend the lives of babies born as “burdens.” 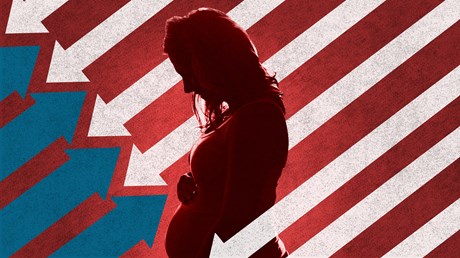 Over the past month, pro-lifers have been compelled to speak openly and loudly about the possibility of infanticide being permitted by our laws.

On the anniversary of Roe v. Wade, video spread of New York’s legislature giving a standing ovation for a bill that, among other things, removed requirements that infants born during abortion procedures receive legal protection as persons.

Those concerns were stoked again last week, as video went viral of Virginia state legislator Kathy Tran saying a similar bill in her state—which was since voted down in committee—would permit the termination of an infant’s life even during labor. A similar bill has gone before state legislators in Vermont.

From the outside, pro-lifers’ claims of legalizing infanticide might seem like hysterical reactions against attempts to liberalize abortion access. Those exhausted by the culture wars might be tempted to dismiss such outrage as conservative handwringing.

Yet our concerns are fully justified. Even Virginia Governor Ralph Northam’s attempt to clarify matters ended up conflating expanding abortion access with declining care for infants born in the process.

Defending Tran’s proposal, Northam stated that babies determined in the third trimester to have “severe deformities” or be “nonviable” would be delivered, “kept comfortable,” and “resuscitated if that’s what the mother and the family desired, and then a discussion would ensue between the physicians and the mother.”

The controversy has since moved on, as Northam is dealing with the fallout from an infamous yearbook photo. But the emerging discussion about infanticide seems to represent a new stage in America’s …