Interview: Why Character Is Making a Comeback

Home » News » Interview: Why Character Is Making a Comeback 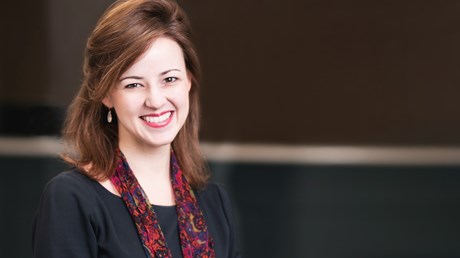 In a media landscape awash in flame wars and polarizing punditry, it’s a bit surprising that the topic of character formation is making a comeback. “Building character” is the stuff of childhood chores and onerous school projects, completed out of duty and little delight. Yet according to new research presented in the book The Fabric of Character, published by the DC-based Philanthropy Roundtable, character formation is a top concern among today’s leaders and charitable givers across the ideological spectrum. According to researcher Anne Snyder, anyone paying attention to social trends in the West recognizes that “the conditions under which good character is forged are in trouble—weakened as much by the decline of traditional institutions as by a culture that promotes ‘I’ before ‘we,’ pleasure before purpose, self-expression before submission to a source of moral wisdom beyond oneself.”

In the book, Snyder highlights several institutions—including schools, neighborhood renewal projects, and the Boy Scouts—as case studies of how organizations strengthen the moral fiber of their members. Snyder, the newly named editor-in-chief of Comment magazine, recently spoke with CT about why faith-based institutions are particularly good at teaching character.

When I hear the word “character,” I think of the dad in the Calvin and Hobbes comic strip who is always making Calvin shovel snow because it builds character. It’s not a sexy topic. Yet as you note, there seems to be a resurgence of interest in it. Why?

I started this particular project for the Philanthropy Roundtable in early 2016. I used to joke that Donald Trump is a huge gift to my work …