15 ways my husband and I guard our marriage while still loving our friends of the opposite sex. 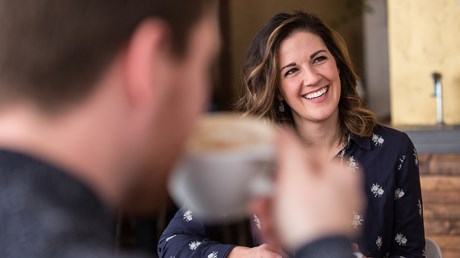 With recent allegations of indiscretion against a prominent megachurch pastor, some Christian leaders have doubled down on the so-called Billy Graham Rule, which dictates that men and women should never meet alone.

Southeastern Baptist Theological Seminary president Danny Akin tweeted, “A valuable lesson we all can learn from this tragic situation: follow the @BillyGraham rule. If you are married, never be alone with someone of the opposite sex who is not your spouse. Never!”

This rule, in its most pristine form, renders male-female friendships impossible. However unintentionally, it communicates to women that they are fundamentally dangerous. And it bars men from meaningful mentorship or pastoral care of women and vice-versa.

I, for one, give thanks for the many men I know who broke the Billy Graham Rule.

Yet, I understand the motivation behind the Billy Graham Rule: a healthy and honest fear of falling into adultery, a sin as massively destructive as it is common. (The rule itself draws from Graham’s “Modesto Manifesto,” a broader set of guidelines the evangelist used to safeguard his ministry against scandal.)

One could argue the Billy Graham Rule is as natural as buckling our seatbelt in our car. It is actually wise to take measures to protect ourselves from things that can destroy us, whether it be a vehicular fatality or a one-night stand. It is not …