J. D. Greear Transformed His Church Through Missions. Can He Do the Same for the Southern Baptist Convention?

Home » News » J. D. Greear Transformed His Church Through Missions. Can He Do the Same for the Southern Baptist Convention?

The 45-year-old pastor and SBC presidential candidate wants to unite and rejuvenate the denomination by prioritizing evangelism. 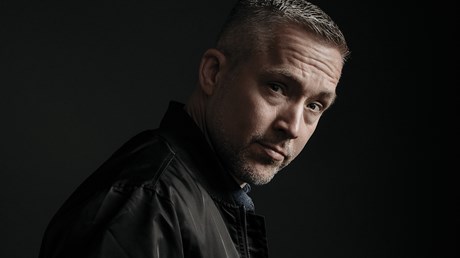 J. D. Greear falls somewhere between two of his heroes, Martin Luther and Nicolas Cage. The North Carolina pastor strives for the famous reformer’s gospel convictions and allegiance to Scripture, as expected for a missions-minded Southern Baptist.

It’s much more unusual to hear a preacher reference Nic Cage movies as much as he does, including in a Holy Week sermon earlier this year, when Greear compared Christ’s pursuit of the lost to the plot of National Treasure.

Like his favorite actor, Greear’s also high-energy and passionate, with a persona that leads him to be both beloved and parodied by the people who know him best. A @fakeJDGreear account on Twitter has drawn in 17,000 followers by posting one-liners and memes in his style. Even the pastor’s staff plays “J. D. Bingo,” lovingly tracking his eccentricities in the office.

Eating barbecue in downtown Raleigh, Greear put down his ribs half a dozen times to wave at gazing passersby, say quick hellos, or even take group photos with congregants who recognized his chipper smile and salt-and-pepper gray hair from the sermons broadcast to The Summit Church’s 11 locations across North Carolina’s Research Triangle.

He’s a famous face in the area for good reason. Since Greear became pastor of the Summit in 2002, the congregation has grown from a single 300-person gathering to a regional, multi-site megachurch with nearly 10,000 attendees each weekend.

The Southeastern Baptist Theological Seminary grad counters what he sees as “clichéd, truncated, and often sloppy ways we present the gospel” with thorough preaching and a clear call to evangelize. Because his church constantly offers inspiration, training, …