Jesus Gave Me What Boozing and Brawling Couldn’t

Home » News » Jesus Gave Me What Boozing and Brawling Couldn’t

My journey from the criminal underworld to the foot of the cross. 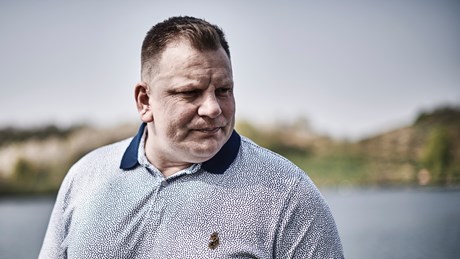 Six years ago—lost, broken, alone, and suicidal—I was the empty shell of a once-promising rugby player, shuffling around an exercise yard in a London prison. I was a man of extreme violence who had done seven stretches behind bars.

One morning around that time, I watched a flock of birds take off from a ledge outside my cell. Right then, I knew God was real—and that he had reached down to rescue me from the pit of hell.

As a child, there was violence everywhere I turned. My mother had been widowed by her first husband, abused for 20 years by her second, and deserted by my father (whom she never married) when I was eight months old. She and my two sisters surrounded me with love—I was the little favorite of the family. But she was also a harsh disciplinarian and liberally wielded what we called “the Allen stick” to keep me under control.

Throbbing with anger and resentment toward my absent father, I was constantly getting into scraps with neighborhood bullies, hoping to earn their respect. I was also abused several times: by a family friend, by a boy across the road, and by a man I can’t say much about because I’ve blocked the worst details from my memory.

I had some means of escape. Often I would skip school to go fishing or run off to the woods and dress up as an Army sergeant major, shouting commands at the other kids and exerting control to hide my inner pain. I loved sports and showed potential from an early age. And on Sundays, I would venture out on my own to attend church. At home I was fatherless and abused, but there I felt safe and at peace.

One morning, alerted by the shrieks of my eldest sister, I came downstairs to find my mother dead on the sofa, …