We’re rendering unto Caesar too much time and attention. 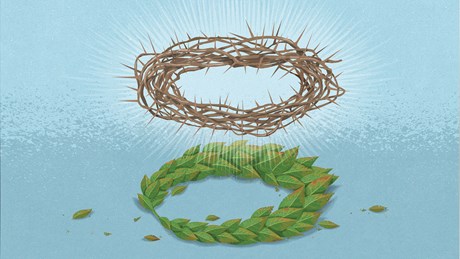 Back in the day, the evangelical fantasy went something like this: As you get settled into your airplane seat, you casually remove your Bible from your carry-on. A few moments of solemn reading later, your neighbor taps you on your shoulder. “Pardon me,” he says. “But I couldn’t help but notice a certain … peace about you. Where might I find that peace?”

In mid-2018, the fantasy has been flipped on its head. The pagan neighbor is now reading your tweets. “You’re so angry at Trump!” she gasps. “What can be driving such passion for justice and mercy? … An evangelical who opposes Trump’s policies? How can this be?” (There’s another version of the story where the neighbor earnestly wants to know about “these Christian values you keep talking about.”)

Those stories might even happen once in a while. The Spirit works in strange ways. Still, the apologetics potential in opposing Trump (or supporting him) is too easily exaggerated in our minds. Scripture promises that Christian unity will point the world to Jesus (John 17:21) and that good works will prompt non-Christians to glorify God (Matt. 5:16, 1 Pet. 2:12). It doesn’t indicate that our voting record can be the 21st-century equivalent of the Four Spiritual Laws.

It’s clear enough from a plain …