The past two years have only strengthened my belief that tolerance, humility, and patience can help heal our fractious public life. 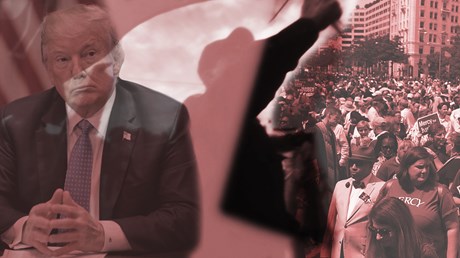 Two years ago, I published a book called Confident Pluralism. In it, I argue that living together across our differences in this country must begin by acknowledging the depth of those differences. And our differences are indeed deep: We lack agreement about the purpose of our country, the nature of the common good, and the meaning of human flourishing. These differences affect not only what we think but also how we think and how we see the world. Pluralism, the fact of our differences, is a fact of our world.

The past two years have affirmed, if not magnified, these claims. Many of us have experienced increased fracture, animosity, and distrust surrounding politics, religion, race, sexuality, and other important matters. The weakening of major institutions (in politics, education, the media, and religion) and the continued rise of social media have contributed to a crisis of authority. These developments pose significant obstacles to attaining the minimal amount of consensus and sense of belonging that we need in order to make confident pluralism possible. And these challenges are compounded by what political analyst Yuval Levin, in his book The Fractured Republic, diagnoses as misguided nostalgia and lack of imagination from both of our major political parties. But though the challenges have intensified, I am no less committed to confident pluralism. Finding a modest unity across deep differences is not only possible but necessary.

Between Chaos and Control

The premise of confident pluralism is that we can make room for our differences even as we maintain our own beliefs and practices. Doing so requires both legal and personal commitments. When it comes to the law, we must insist that those in power protect our ability to …