How the writer of “In Christ Alone” found an adversary in Wall Street. 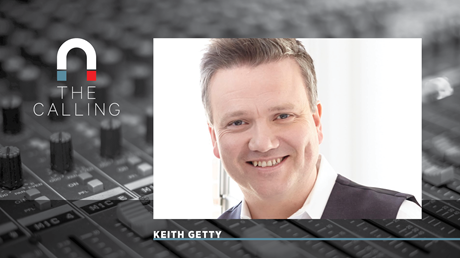 Keith Getty is best known for having authored “In Christ Alone,” one of the most popular modern worship songs. Still, his calling ultimately crystalized around a particular realization about worship in the modern church: “This is the first point in history that what is being sung by the church is not being decided on by the leadership of the church.” Once he recognized that, he began to seek out a way to turn the tide of how worship leaders choose their music, and what characterizes that music.

Now an independant artist, Getty’s hymns have a distinctly theological focus. By eschewing what he sees to be worldly trends and focusing on lyrical density, breadth, and depth, Getty has composed a series of hymns that churches around the world have embraced.

But Getty is just as invested in how his songs are sung in church as whether they are. He’s a proponent of congregational worship, an approach that makes the members of the church the focus of worship rather than the performers on stage.

We talked to Keith Getty about how children’s choir changed his life, the problem he has with Wall Street, and the ways he leads his own family in worship in his day to day life.

Listen to previous episodes of The Calling.

The Calling is produced by Richard Clark and Morgan Lee and edited by Jonathan Clauson.