Kevin DeYoung: Stop Feeling So Good About the Sixth Commandment

You and I have a murder problem, even if we’re 100-percent murder-free. 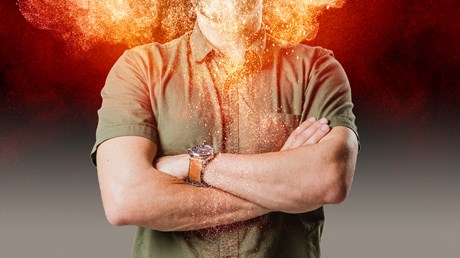 In David Powlison’s book Good and Angry, he has a chapter entitled, “Do You Have an Anger Problem?” It’s very clever, because the chapter is only one word long: “Yes.” That’s all it says. And rightly so. You and I have an anger problem. And if we don’t get it under control, we may be in danger of hell.

As Jesus shows in the Sermon on the Mount, the sixth commandment not only prohibits violent acts of murder but all violent emotions and intentions of the heart (Matt. 5:21–26). You and I can be 100 percent murder free but still face the wrath of God if our lives are marked by anger, bitterness, invective, insult, and rage.

And that’s not all Jesus says about anger. He gives two illustrations—one about going to the temple and one about going to court—and neither is about our anger. Jesus says that anger is so serious that we should not only do what we can to eliminate it in our heart, but also do what we can to prevent and alleviate it in others. The sixth commandment positively enjoins us to seek reconciliation. By condemning envy, hatred, and anger, the Heidelberg catechism says that God tells us to love our neighbors as ourselves, to be patient, peace loving, gentle, merciful, and friendly to them.

Did you notice what Jesus said at the end of Matthew 5:26? If you are this sort of angry fool, “you will never get out until you have paid the last penny.” If you insist on pouring out the cup of your wrath, there’s another cup for you to drink. As he is apt to do, Jesus makes the one commandment we would have thought we were all going to feel pretty good about into one of the commandments we all feel pretty bad about. Which one of us hasn’t …